This show finished on Friday 02 October 2015, and this page is being kept for archival purposes only. 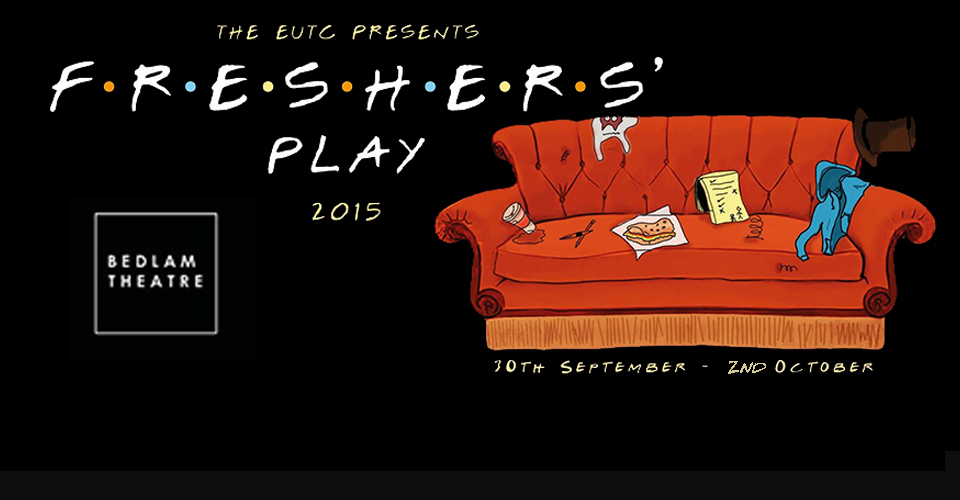 The Freshers are taking over Bedlam!

The freshers are taking over Bedlam!

Join us once again for the Edinburgh University Theatre Company’s annual Freshers’ Play, as a whole host of freshers make their debut on the Bedlam stage, producing, teching, stage managing and acting in their own short plays.

Two weeks ago our budding thespians were given nothing but the titles of ‘Friends’ episodes as the starting point for their creations. Now we can wonder and marvel at what their minds have come up with.

All eight plays will be performed every night, and the resulting showcase will be held together by various enigmatic hosts. Come along for a night of laughs, drama, and to support Bedlam Theatre’s newest talent.